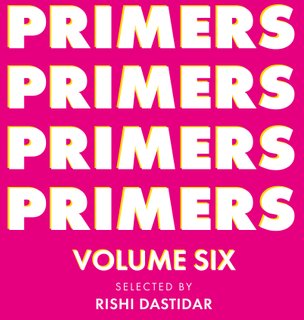 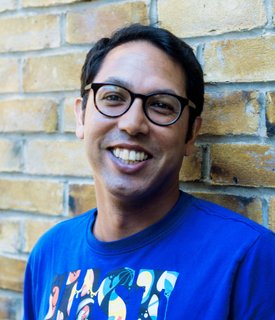 Nine Arches Press are thrilled to announce the shortlist of Primers Volume Six, as selected by poet

Jenny Danes grew up in Essex and studied at Newcastle University. Her work has appeared in a range of magazines including The Rialto, Magma, Under the Radar, Butcher’s Dog and bath magg. In 2016 she won the inaugural Poetry Business’ New Poets Prize, and her debut pamphlet Gaps was published by smith|doorstop in 2017. She recently completed a Creative Writing MA at UEA.

Kym Deyn is a poet, playwright and fortune teller. They have a Legitimate Snack forthcoming with Broken Sleep Books, as well as work in Carcanet’s Brotherton Poetry Prize Anthology. Otherwise, they have been widely published in a range of anthologies and journals including Butcher's Dog and the Valley Press Anthology of Prose Poetry. They are one of the winners of the 2020 Outspoken Prize for Poetry.

Juliet Humphreys is a special needs teacher. She lives in Uxbridge with her partner and two cats. In 2013 she was awarded second prize in a pamphlet competition run by New Writer magazine. Her poems have since appeared in a variety of magazines including The Rialto, The North, Orbis, Obsessed With Pipework, Ink Sweat and Tears and South Bank Poetry. A collection of her poems is forthcoming from Arachne Press.

Oli Isaac (they/them) is a London-based artist working across poetry, film and theatre. They are interested in using poetry to explore the failures of language, having grown up with a stutter. Oli is an alum of Soho Theatre’s Writers' Lab, Roundhouse Poetry Collective and Apples & Snakes’ Writing Room. They are a lead artist for the upcoming CRIPtic showcase at the Barbican Centre and their work has been published by Bath Magg, and Huffington Post.

Dillon Jaxx is a queer writer living in Sussex. Recently one of twelve writers selected to feature in an anthology responding to current events, as part of Hastings Litfest. Disabled through chronic illness they write about grief, loss, identity and life that happens while no one's looking.

Prerana Kumar is an Indian poet who has recently completed her MA in Creative Writing at UEA. She has recently contributed to English Heritage’s ‘Untold Stories’ project and has been published or has work forthcoming in Magma, Barren, Verve Poetry Press’ Community and Diversity Anthologies, Use Words First, and Ink Sweat & Tears.

Estelle Price is the winner of the 2021 Welsh Poetry Competition and the 2018 Book of Kells Writing Competition. Her poetry has been placed/ listed in the National, Bridport, Welshpool, London Magazine and other competitions. Poems have left home for Poetry Wales, Crannog, Marble Poetry, 14 Lines, Alchemy Spoon and the Stony Thursday Book. Before she knew she was a poet she was a lawyer, a classicist, a charity worker.

Sally Tissington is an award-winning artist and writer. She has just won a prize for her first film, ‘There’s a reason people don’t swim in dresses’ at a film festival. She has recently finished studying for an MSc in Creative Writing for Therapeutic Purposes where her research involved examining how to get creative wildness back into her work. Sally teaches creativity for wellbeing to individuals and groups. www.sallytissington.com

Sammy Weaver has a Creative Writing MA from Manchester Metropolitan University. Her poems have appeared in The Irish Times, The Moth and Anthropocene, amongst others. In 2020 she was awarded The Moth Nature Writing Prize. In 2021 she was shortlisted for a Northern Writers’ Award. She works for the reading charity The Reader, running reading groups in criminal justice settings. She lives on a narrowboat in West Yorkshire.

Fathima Zahra is an Indian poet and performer based in Essex. She is a Barbican Young Poet and a Roundhouse Poetry Collective alum. Her poems have won the Bridport Prize, Asia House Poetry Slam and Wells Fest Young Poets Prize. Her debut pamphlet Sargam / Swargam is out with ignitionpress.

by our selecting editors:

Our hearty congratulations to everyone on the shortlist and the commended poets on our longlist, and our sincere thanks to everyone who entered poems into the Primers Volume Six call for submissions.

Please see the Nine Arches Press blog over coming weeks to enjoy featuredpoems by each of the shortlisted poets.

The three selected finalists will receive mentoring from poet Rishi Dastidar, author of Saffron Jack and Ticker-Tape, and editor of The Craft, with editorial support from Nine Arches Press editor and Jerwood Compton Poetry Fellow Jane Commane, and publication in Primers Volume Six in summer 2022, followed by events and readings.