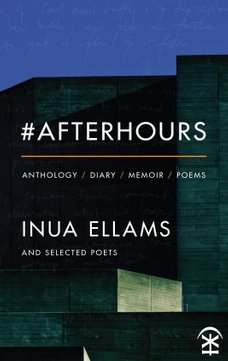 In 2015, Inua Ellams was poet in residence at the Poetry Library at the Southbank Centre in London. His #Afterhours project took him on a voyage of cultural translation and transposition through time and place, to the heart of the libraries' rare books collection, and through his own life’s story as he selected poems published during each year of his life, from birth to the age of 18.

In return, Ellams opens up a captivating and potent dialogue between poems, writing a diary and intricately-crafted poems of his own in conversational response to the poems he selected from the Poetry Library collections. Here, for the first time together, are the collected #Afterhours poems alongside the re-discovered poems which inspired them and the diary entries which follow this journey. In Ellams’ meticulous hands, this becomes an entire narrative in its own right, compelling and magnetic, drawing parallels of displacement, language and reclamation, and showing poetry’s great capacity to be a powerful amplifier of human experience. 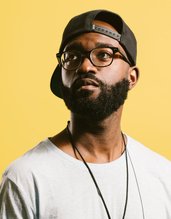 Born in Nigeria, Inua Ellams is an award winning poet, playwright & founder of the Midnight Run. Identity, Displacement & Destiny are reoccurring themes in his work in which he tries mixing the old with the new, the traditional with the contemporary. He has three pamphlets of poetry published by Flipped Eye, Akashic and several plays by Oberon.  He won an Edinburgh Fringe First award for The 14th Tale, and The Live Canon Prize for Shame Is The Cape I wear. He has been published in The Poetry Review Summer 2016, Best British Poetry (Salt) 2015, The Salt Book of Younger Poets 2012, Chorus (MTV Books), City State (Penned in the Margins) TEN The New Wave (Bloodaxe), and in magazines such as Poetry Paper, Magma, Pen International, Wasafiri and Oxford Poetry.

The 52 project started with a simple idea: Write a poem a week. Start now. Keep going. It became a phenomenon.

This book brings together the 52 prompts written by poet Jo Bell and by guest poets so that you can pick up the challenge yourself. With contemporary poems to illustrate each prompt, it's a fine anthology as well as a book of lively and engaging exercises for poets, whether beginner or well-established.

Find out more about 52: Write a poem a week