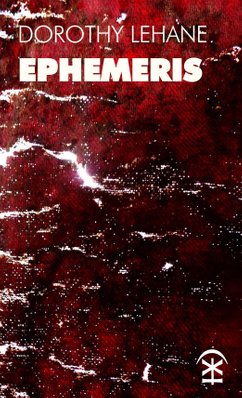 Dorothy Lehane’s debut poetry collection is experimental and exploratory - part daybook, and part astronomical chart, this is a voyage into both the self, the body and the personal as well as into an ever-expanding cosmos of stars, planets and space.

The poems of Ephemeris are fiercely bright and tuned in on a precise, musical wavelength of sound and form. Language, seen here through this particular telescope, is exuberant and numerous with possibilities, gracefully testing its own boundaries. In galaxies of sounds and shapes, Lehane brilliantly takes a giant lyric leap from poem to poem, making for something of a stellar debut.

Praise for Dorothy Lehane and Ephemeris:

"Ephemeris is a stellar nursery for new poetic formations to address our changing perceptions: here, the stars simultaneously twinkle and are giant gas clouds. Renewing lyric's hunger for discovery, for the edge of making and unmaking, they are doubly experimental, yoking Albert Einstein's particles and Gertrude Stein's participles. These poems are colliders as much as star charts: Schröedinger texts, they effect what they document in their 'lexis, praxis… nexus… flux.'" – Sophie Mayer 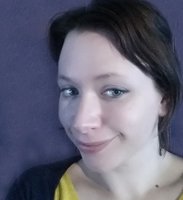 Dorothy Lehane is a writer, poet and educator. She is the founding editor of Litmus magazine, an Arts Council England funded press exploring the intersection of poetry and science. Her collection Ephemeris is published by Nine Arches Press, and her chapbook Unnova is forthcoming with Dancing Girl Press, Chicago. Dorothy has taught Creative Writing in numerous institutions, including The University of Kent and The Barbican Centre. She has been published recently in Tears in the Fence, Molly Bloom, Zone Magazine and Oxford Poetry. She has performed her work on BBC Radio Kent, and at various venues in the UK including The Barbican, the Roundhouse, Sounds New Music Festival, In The Woods Festival and Canterbury Art Festival.