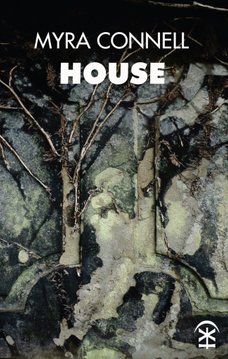 Myra Connell’s House is a startling debut collection from a poet adept at turning the poem’s confines in rooms for the reader to inhabit. These poems are by turns enchanting and darkly disquieting; they invite us in, ask questions, look for clues and mark out telling absences.

The house in question could be in the heart of the woods, high up on the moors, or lone block at the end of a lost urban terrace. A cast of characters come and go from its spaces, life moves onwards as the day fades to twilight. The outside world presses in at the windows, a wilderness awaits at the threshold.

Praise for House by Myra Connell:

‘Myra Connell’s poems in House shimmer; she shows mastery over the silences between words and the power of telling images to fascinate and compel. Very often her beautifully controlled poems seem to be like interruptions in greater narratives, or to be their own created universes of unravelling motives and actions. Above all, Connell observes, and works from the world as it is with a sense of awe and spiritual awakening, so that the reader feels, as she puts it, ‘something encroaching like the tide’. This resonant and haunting first collection put me in mind of Pauline Stainer, Charles Simic and Wislawa Szymborska.’ –  Peter Carpenter

‘Myra Connell has a gift for the uncanny, each recollected encounter with the local community just a sharp intake of breath away from gothic horror. In crystal, minimal images and tightly paced soundings, Connell’s poetry drags the rivers of rural communities and churns the soil for bones, gathering terrible secrets under the language’s skin. And yet, in the final reckoning, the poetry swerves from fear to sorrow: ‘The sudden closing of the heart // the rain’ (‘All this rain’).’ – George Ttoouli

‘Thoughtful and often mysterious, these poems invite the reader to enter and take a fresh look at the world they describe.' – Beatrice Garland 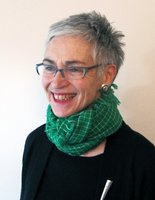 Myra Connell grew up in Northern Ireland and now lives in Birmingham where she works as a psychotherapist.  Her stories are published in various places, including the Tindal Street Press anthologies, Her Majesty and Are You She?  Her poems have appeared in Under the Radar, Obsessed with Pipework and The Moth.  Her first pamphlet was A Still Dark Kind of Work (Heaventree Press, 2008), and her second, From the Boat (Nine Arches, 2010).

Julia Webb’s Bird Sisters is a surreal journey through sisterhood and the world of the family via the natural world. Fascinated by the ‘otherness’ of things, her poems expose places and relationships that are not always entirely comfortable places to exist.

'Bird Sisters exerts a powerful hold, as if to read it is to be haunted by things one half-remembers.’ – Moniza Alvi