Library Inspector or The One Book Library 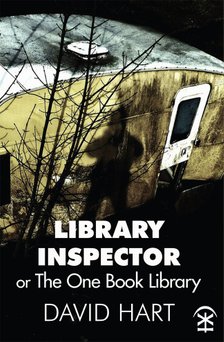 David Hart’s Library Inspector is ahymn in praise of libraries and to the power of books, with imaginative origins in the new Library of Birmingham, and realisation here in coastal Mid-Wales. As the Library Inspector struggles to keep up with disappearing librarians, tiny libraries in boats and sheds with perplexing opening hours and  a prized stock of just a few books, the landscape is altering; memories and books alike are carried off on the breeze and swallowed by the sea.

Dreamlike and darkly-humoured, the Library Inspector’s journey reveals a vanishing world with long shadows on the horizon. The narrator might be decidedly unreliable, and the fables fabulous, but at this poem’s heart is a solemn melancholy in the face of a reality of library closures and fleeting time, for memory, for love and for the sake of words.

‘Read David Hart for the clarity of his enraptured voice, for his sombre playfulness, for his protean range (from nursery rhyme to mantra, from conversation piece to song), and for his passionate, weighty and essential  celebration of the universe of books.’ – Jim Crace

‘David Hart is an inspirational poet and a wise and wistful curator of hill walks, tea and sandwiches, old saints and handwritten notes attached to small libraries fighting closure. Witty and moving, this poetic meditation is an invaluable pocket guide to what matters most. Buy it and keep it close.’  – Chris Meade

‘Crag Inspector is a new hymn of the universe which contains all the urgency, richness and expressive unity of island experience. David Hart’s language, capricious and suggestive, is driven by the underlying force of an older tongue. It is a poem I would love to translate into Welsh, if only I could be put on the island for a month to do it.’ –  Menna Elfyn (on Crag Inspector: A poem of Bardsey Island)

‘David Hart has a strongly-developed faculty for recognising what doesn’t matter.’ – Roy Fisher  (on Setting the Poem to Words) 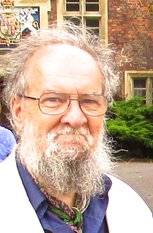 David Hart has undertaken poetry residences in hospitals, a cathedral and a couple of poetry festivals, has taught part-time for Warwick and Birmingham universities, he was the first selected Birmingham Poet Laureate. He has published widely in magazines, he was won first, second and runner-up prizes in the National Poetry Competition. His books include Running Out and Crag Inspector (a book-length poem of Bardsey Island) (Five Seasons Press), his pamphlets include The Titanic cafe closes its doors... (Nine Arches) and Misky (Flarestack Poets). Library Inspector,  a book-length poem on the trials of a library inspector in wild Wales, is out now    from Nine Arches Press.

The Midlands is the second collection by Tony Williams. Beginning in the Midlands themselves, with the ‘unfound grave of a Mercian king under wurzels, new housing and out-of-town Asdas’, his poems compose a tragi-comic paean to vanishing hinterlands and finely-tuned weirdness, to domestic relics, to dog walks, dust and phantoms.

Find out more about The Midlands here