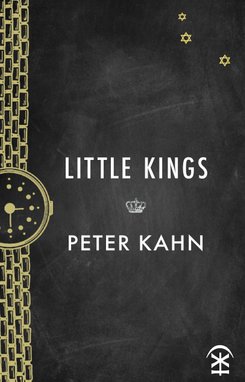 Peter Kahn’s debut collection Little Kings is an astonishing book of astute and deeply humane poetry, one which seeks to find in both teaching and learning a common ground, and between longing and belonging an equilibrium. Intuitive and wise, Kahn’s poems remain compelling even when exploring those places where there is “no vocabulary for what might happen”.

Little Kings encompasses stories of the Jewish diaspora and of American life, interweaving narratives of escape and refuge, of yearning and absence. Some of these poems ricochet with the magnitude of loss and violence, with lives interrupted, half-lived, or vanished. Anchoring these poems is their immense grace and lyricism, and Kahn’s great skill in tenderly carrying memory and experience into our shared understanding.

"There is no hyperbole here. Peter Kahn has saved many young lives, including my own. As a mentor, father-figure and teacher-poet, Kahn showed me how not to separate the identity of a teacher from the identity as a poet. I’ve waited a long time for his debut poetry collection. Little Kings is lyrical and honest with tight narratives that measure violence with tenderness in a way that only the best of us can. The craft of his Golden Shovels alone should give you poet envy, but really, it’s the heart and the heartbreak in his work that casts the “long healthy shadow” of his legacy. Kahn truly lives his work and has given his community so much as a teacher, and lucky for us, in Little Kings we get to receive his gifts as a poet. Long live. Give thanks." - Raymond Antrobus

“Peter Kahn's Little Kings reflects a master of narrative poetry tracing his roots from escaped uncles in Auschwitz, to stories of survival in Chicago. Peter Kahn creates a layered, beautiful, tapestry of lineage, tradition and hope, all against a background of coming of age. A book chock-full of compassion, a book brimming with heart” - Roger Robinson

“Peter Kahn’s autobiographical lyrics excavate haunting memories, and subjects them to a relentless microscopic scrutiny, so brutally honest that the reader is left as raw, vulnerable and culpable as the poet and his subjects. These elegiac and gritty poems poignantly portray a loss of innocence whether exploring the legacy of the holocaust, broken relationships or a suburban maternal filicide by peeling back the skin to reveal the darkness and grief at the heart of human existence. Current affairs such as Nixon’s impeachment invariably serve as a backdrop to the ordinary everyday domestic happenings providing a sense of time and context. We can see the influences of poets like Sharon Olds, Gwendolyn Brooks and Terrence Hayes in what is undoubtedly a bold and unflinching debut collection.” - Malika Booker

“In his debut collection Kahn scrutinises his identity through the lens of childhood. He renders memories and family stories back to life to honour that elusive quality of the human condition - connection.” - Nick Makoha

"Little Kings is an illuminating and sure-footed book of poems, where a ghoulish childhood of murderous neighbours and vicious bullies grows to an unsettled adulthood of splintering families and identities. The wonder of this book, is how Peter Kahn reexamines those memories, deftly plotting a path through its chaos. Ever the teacher, he shows us over and again how vital it is to mine the dark parts of our lives for lessons we can bring to light, ever striving for brighter better world." - Inua Ellams

Peter Kahn shares four readings of poems from Little Kings: 'Grandpa's Fancy Watch', 'An Evening Prayer', 'On First Knowing You're a Teacher' and 'What a Teacher's Dream Looks Like'. 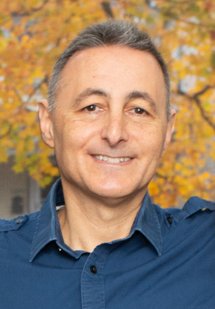 A former Chicago social worker, Peter Kahn is a founding member of the London poetry collective Malika’s Kitchen.  He has twice been a commended poet in the Poetry Society’s National Poetry Competition (UK) and was a finalist in the Fugue Poetry Contest and Atlanta Review International Poetry Competition, among others. A high school teacher at Oak Park/River Forest High School since 1994, Peter was a Featured Speaker at the National Council of Teachers of English annual convention.  A co-founder of the London Teenage Poetry Slam, Peter also founded the Spoken Word Education Training Programme as a Visiting Fellow at Goldsmiths-University of London. He holds an MA in English Education from The Ohio State University and an MFA in Creative Writing from Fairfield University. He recently was named runner-up in the 2019 NCTE and Penguin Random House Maya Angelou Teacher Award for Poetry. Along with Patricia Smith and Ravi Shankar, Peter co-edited The Golden Shovel Anthology: New Poems Honoring Gwendolyn Brooks. Terrance Hayes writes, “Peter Kahn is the kind of reader of poetry, teacher of poetry, and poet who makes the world easier for other readers, teachers and poets.”

Roy McFarlane’s second poetry collection, The Healing Next Time, is a timely and unparalleled book of interwoven sequences on institutional racism, deaths in custody and of a life story set against the ever-changing backdrop of Birmingham at the turn of the millennium. Here forms a potent and resolute narrative in lyrical and multidimensional poems which refuse to look the other way or accept the whitewashed version of events.

Find out more about The Healing Next Time