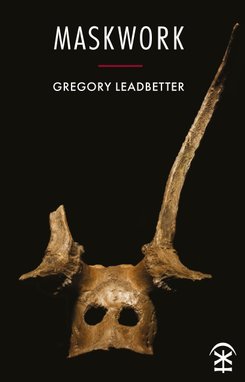 Longlisted for the Laurel Prize 2021

In Gregory Leadbetter’s second poetry collection, Maskwork, mystery, theatre and ritual combine to reveal rather than to disguise. The mask, in these resonant poems, acts as a way of becoming, seeing, and knowing – granting access to altered states and otherworlds hidden within and beyond ourselves. Here, language itself becomes an animating magic, connecting humans to our ecological roots.

The spirit of revival, renaissance, new birth and rebirth haunts this book: and at its core, the idea of poetry itself as a form of learning – an art and a mystery – runs like a quicksilver thread throughout, between the elusive and the certain. Leadbetter’s meticulously attuned lyrical poetry tells of the transformative experience of knowing, a dynamic state of being that forever alters both the knower and the known.

“Gregory Leadbetter's poems are lushly experimental: risking Keats's equation of beauty with truth, their otherworldly soundscapes knock common sense awry. Without pretentiousness (and with humour, deftness, and countless conduits of pleasure) he takes poetry seriously as a form of thought, and his line-divisions and syntax dare often to becloud, not elucidate. To read him is to discover a cure for false realisms, and to be reminded that language can make sense, and remake it, in unexpected ways.” - Vidyan Ravinthiran

"These poems feel, at once, both very old and startlingly new. Lying somewhere between the two something disquieting is often revealed about how we make sense of the world around us, the natural and the human made. And at other times these poems disclose something so familiar, giving voice to the others around us from flitting moths and bees or the sun’s gift to the earth. These are vital words that we need to hear right now. They also speak deeply of place and as an adoptive Brummie, it’s a joy to find my landscape here amongst these pages." - Alys Fowler

“Maskwork, Gregory Leadbetter’s enthralling new collection, is a masterclass in artistry and gracefulness. It is both tender and ecstatic, secretive and plentiful, dainty and robust, and its melodic, undulating voice will pin you to the page.” - Jim Crace

““The only way out” writes Gregory Leadbetter, in Maskwork, is “your open mouth”. I like these poems from the land of Beorma or Birmingham — set as much in deep time as in the present — and how they catch at the imagination in unexpected ways.” - Zaffar Kunial

Explore the themes of this collection with the poet, including a reading of 'Archaeopteryx' in this trailer film: 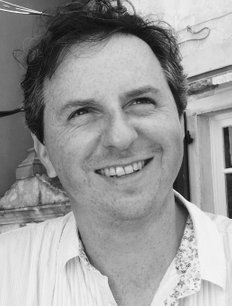 Gregory Leadbetter is the author of four poetry collections: Maskwork (Nine Arches Press, 2020), The Fetch (Nine Arches Press, 2016), the pamphlet The Body in the Well (HappenStance Press, 2007), and (with photographs by Phil Thomson) Balanuve (Broken Sleep, 2021). His book Coleridge and the Daemonic Imagination (Palgrave Macmillan, 2011) won the University English Book Prize 2012. He has published widely on Romantic poetry and thought, twentieth-century and contemporary poetry, and he has written poetry and radio drama for the BBC. Five poems from The Fetch have been set to music for piano and voice by the composer and pianist Eric McElroy. He is Professor of Poetry at Birmingham City University.

Gregory Leadbetter’s first full collection of poems, The Fetch, brings together poems that reach through language to the mystery of our being, giving voice to silence and darkness, illuminating the unseen. With their own rich alchemy, these poems combine the sensuous and the numinous, the lyric and the mythic.

Find out more about The Fetch