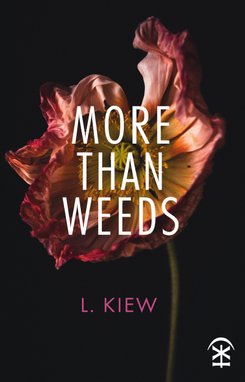 More Than Weeds, the debut poetry collection by L. Kiew, explores the language of migration, drawing deeply on botanical and natural detail in a study of borders and belonging, place and people.

Praise for More Than Weeds:

"L Kiew's poems are inventive and iridescent. More than Weeds navigates ecology, migration and identity with a subtle and complex skill. Animated, strange, acutely-observed, the world in these poems is given an arresting voice." - Seán Hewitt

“L.Kiew’s radically sensuous debut speaks from the wet earth up. Charting the aftermaths of past empires, inner city and rainforest habitats are interwoven through an ecology of tender co-nurture. Intimate with food insecurity and climate threat, fierce poems stand with migrants fleeing where “the logger’s axe made ghosts of us”. Sharing the “lemony silence” of transplanted knotweed, and the “treelace” of harvested latex, More than Weeds gives us new eyes through which to know our world.” – Alice Hiller

“Poems in More than Weeds grow, shapeshift and inhabit different spaces of language, emotions, and imagination. There are poems about the family, journey, and love - they crawl and dash off the page, alive and surprising like rabbits glutting grass banks by Inverness station. There are also poems that stay and endure, rewilding themselves into the psyche, like seed heads exploding afternoon showers. A beautiful and resonant collection.” – Romalyn Ante 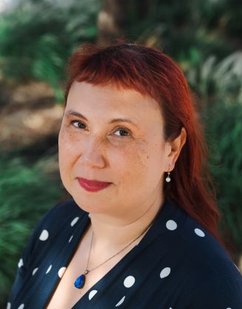 L. Kiew is a chinese-malaysian living in London, working as a charity sector leader and accountant. She holds a MSc in Creative Writing and Literary Studies from Edinburgh University. Her debut pamphlet The Unquiet was published by Offord Road Books in 2019. She was longlisted in the 2019 National Poetry Competition and was a 2019/2020 London Library Emerging Writer. Her poems have been published in Brittle Star, Butcher’s Dog, Finished Creatures, Gutter, Ink Sweat and Tears, Lighthouse, Magma, Shearsman, Tears in the Fence, The Dark Horse, The Scores, The North, Rialto, Under the Radar and Wasifiri among other magazines and websites.

Caleb Parkin’s debut poetry collection,This Fruiting Body, plunges us into octopus raves and Sega Megadrive oceans, in the company of Saab hermit crabs and ASDA pride gnomes. It’s a playful invitation to a queer ecopoetics that permeates our bodies and speech, our gardens, homes, and city suburbs. It reintroduces us to a Nature we’ve dragged up until it’s unrecognisable.

Find out more about This Fruiting Body