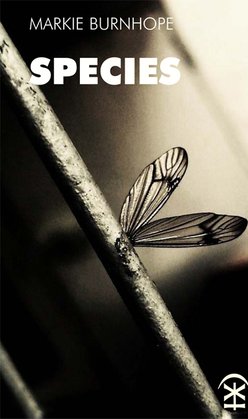 Markie Burnhope’s Species  is a debut collection unafraid of being vital and bright. These are poems that tackle the big issues yet do not neglect the small and precious details either. Burnhope brings both wrath and wryness to bear on inequality, ignorance and prejudice, and balances force and anger  with nature, sexuality and love. The exploration of identity and disability and ideas of ‘otherness’ inform the distinct  approach of this collection; the body becomes the territory of both creation and conflict, language the interpreter of its losses, pains and beauty.

Political and theological ideas ferment and rise in these poems, which though often serious are also ripe with wit, adventurous in their form and distinctive in their energy and verbal vigour. Species is radical and acutely aware – a rare and brilliant mix that makes for essential and important poetry.

"A debut with energy, originality and intelligence, Markie Burnhope’s Species combines the personal and the political—there’s no separating them. The poems mix registers and employ an array of styles as Burnhope deftly aligns form, language and subject. If at times Species comes to stark conclusions about human relationships, the role of the state, and the weight of the past (among other matters), it also affirms the restorative powers of simple pleasures and romantic love." - Carrie Etter

"This collection left me feeling simultaneously astonished, angry and uplifted. Markie Burnhope fuses the personal and political in beautiful, subtly charged language. A new species is born." - Rob A. Mackenzie 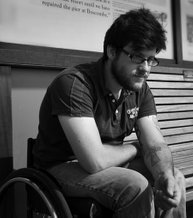 Markie Burnhope was born in 1982 and studied at London School of Theology before completing a Creative Writing MA at Brunel University. Their work has appeared in various magazines and anthologies in print and online. Markie co-edited Catechism: Poems for Pussy Riot with Sophie Mayer and Sarah Crewe, and Fit to Work: Poets Against Atos with Sophie Mayer and Daniel Sluman. Markie's previous pamphlets are The Snowboy (Salt Publishing, 2011) and Lever Arch (Knives Forks and Spoons Press, 2013).