The Book of Tides 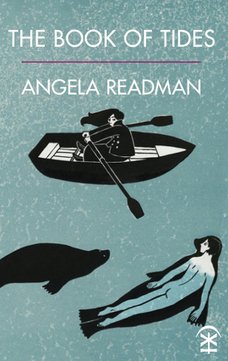 The slack-tide is the worst, curled on my side

a cough of men washing up on the shore.

Angela Readman’s The Book of Tides is treasure trove of luscious, visceral poems that are delightfully risky, utterly thrilling and always close to the bone. Readman’s poetry teems with the rare and beautiful, the dark seaweed sparkle of a particular strand of skewed folklore; here we encounter fishermen and mermaids, a man with a beard of bees, a Tattooist’s daughter, Joan of Arc, and Beatrix Potter’s bed – a rich swell of voices with an irresistible and peculiar power.

Salt-speckled and sea tinged, these poems possess a distinctive eye for disconcerting and uncanny details – from notes in bottles and knotted handkerchiefs, to sequin fish-scales and drowned rats. To read Readman’s poetry is to be simultaneously unsettled and enraptured, and to encounter witchcraft, murder, love and loss. As The Book of Tides unfolds, will  you dare to put your ear to its seashell and tune into its siren song, cast yourself adrift on a its strange and alluring current?

Praise for The Book of Tides

‘This poetry shimmers: in a phantasmagorical world of swan-women, mermaids on the hunt for human men and fisher lasses, the tides that rule this collection, always in flux, bring loss, salvage and some slant redemption. Readman’s  feminist take on folklore, myth and ballad is one where the female body becomes a liminal space, quick as water when ‘the pale of her skin seemed to spill out’ and the self is a waterfall, ‘ready to pour whoever I thought I was into your arms’. Readman delights in the musicality of her voice and the rhythms of the North East. These are beautiful, sexy, strange, unsettling, brave poems – ‘there is so much to mend’ – a tidal force of a powerful imagination.’ – Pippa Little

‘I felt at home with Angela Readman’s clarts and clooties and plothery snickets and was willing to be taken to unexpected places because I trusted this strong, honest and at times weird voice completely. Readman has some of the most startling images I have read in a long time. This book is that very unusual thing, a collection in which every poem pulls its weight and, at the end, you are not surprised to find that so many of them have won major prizes. I think the book will too. Read it. You’ll be astonished.’ – Carole Bromley

‘Angela Readman’s poems are neatly packed creels, poised to spring open with spinning bobbins, the glister of fishes and their dark red blood. Fleet with surprise, where the real and the fabulous occupy the same sea, she writes with an enviable inventiveness, which can turn your eyes inside out!’ – Helen Ivory 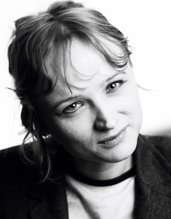 Angela Readman’s stories and poems have appeared in a number of anthologies and magazines, including London Magazine, Staple, Ambit and Mslexia, and she has won awards including the National Flash Fiction Competition. In 2012 she was shortlisted for the Costa Short Story Award for ‘Don’t Try This at Home’ – an award she would go on to win in 2013 with the story ‘The Keeper of the Jackalopes’. Her previous collections of poetry include Strip (Salt, 2007). The Book of Tides (Nine Arches Press, 2016) is her third collection of poems.

Abegail Morley’s new poetry collection The Skin Diary follows a Forward Prize shortlisted debut, How to Pour Madness into a Teacup. These poems confront loss in its many forms with unwavering and astonishing clarity, yet there's an incandescent thread running through every line that makes each alive with fierce and steely energy.