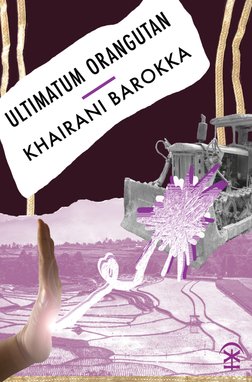 Khairani Barokka's second poetry collection is an intricate exploration of colonialism and environmental injustice: her acute, interlaced language draws clear connections between colonial exploitation of fellow humans, landscapes, animals, and ecosystems. Amidst the horrifying damage that has resulted for peoples as interlinked with places, there is firm resistance. Resonant and deeply attentive, the lyricism of these poems is juxtaposed with the traumatic circumstances from which they emerge. Through these defiant, potent verses, the body—particularly the disabled body—is centred as an ecosystem in its own right. Barokka's poems are every bit as alarming, urgent and luminous as is necessary in the age of climate catastrophe as outgrowth of colonial violence.

"Khairani Barokka's Ultimatum Orangutan is a book like no other. But what does that mean? It means that Barokka finds a new music via which she is able to tell us things we thought we knew, but didn't quite know. How to tell the time by sky. How to see our planet's history of climate change through a lyric poet's eye and be astonished. She tells us that strangeness is perhaps our last chance. She finds a language to speak about everything and anything. Even to speak about eight hundred-odd US military bases ("they stud me like a punk"). I am writing from a drowning ship, she says. Meaning our planet, friends. She teaches rage, that sun-cloaked wrath. Violence taught us elegance, she says. That ghost orchid is wisdom, she says. This is planetary poetics. Listen. Listen to the voice of this poet. It might not be too late for us, after all. Ultimatum Orangutan is an inimitable, necessary book." -

Ilya Kaminsky, author of Deaf Republic and Dancing in Odessa

"Ultimatum Orangutan is a vital, generous, hugely ambitious collection. Written against all forms of extinction, it reminds us that even in these end-times ‘there is still the new’.  I always feel I learn from Okka’s poems, as a poet and a human. Everyone should read this book." - Clare Pollard

“At once ethical, sensual and lyrically embodied, Khairani Barokka’s poems harness the weight of linguistic inheritances amid global dangers: climate change, postcolonial violence, inequality. Through this insistent intimacy, a rapport with both the dead and the living, she challenges each of us to carry the charge of our own lives with decency, care and responsibility. These are daring poems that require us to urgently listen.” – Sandeep Parmar

“Barokka’s work has the urgency of an ultimatum, but not its finality - nothing is settled in these original, stylish, questioning poems. Ranging across epochs and continents, they confront a Colonial past of ‘plunder mausoleumed' and a future apocalypse of 'rainforest tindering quick’, finding the hidden threads of continuity between the two. Environmental catastrophe, global inequality and bodily ill-health take their toll on the ‘fracked nervous systems’ of the individual life, in poems that walk alongside pain and hold its hand. I was blown away by this book: Barokka is an extraordinary poet, whose work is both memorial and wake-up call in this ‘world burnt already’.” – Sarah Howe 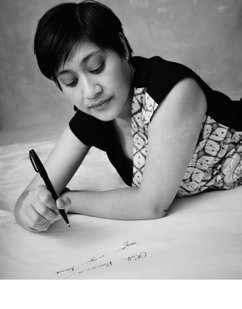 Khairani Barokka is a writer and artist from Jakarta, based in London. Her work has been presented widely, in over 15 countries, and work from her Annah, Infinite series of performance installations has been an Artforum Must-See. Among Okka's honours, she was a UNFPA Indonesian Young Leader Driving Social Change, an NYU Tisch Departmental Fellow, and Modern Poetry in Translation's Inaugural Poet-in-Residence. She is currently Associate Artist at the National Centre for Writing and Research Fellow at UAL’s Decolonising Arts Institute. Okka's books include Indigenous Species (Tilted Axis; Vietnamese translation, AJAR Press) and Stairs and Whispers: D/deaf and Disabled Poets Write Back (as co-editor; Nine Arches), and debut collection Rope (Nine Arches).

Khairani Barokka’s first full poetry collection Rope is a spellbinding and impressive debut, kaleidoscopic in detail and richly compelling. With a meticulous artist’s instinct, these finely-tuned poems ask urgent questions about our impact upon the environment, and examine carefully the fragile ties that bind our lives and our fate to our planet, our ecosystems and to our fellow humans.

Find out more about Rope