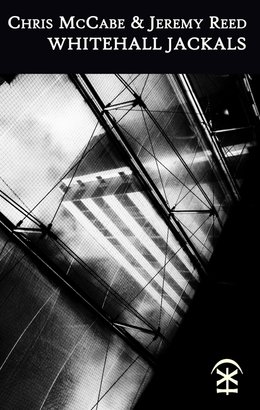 London in the dark end-times of the late noughties; escaped war criminals and their hired thugs scavenge like hyenas amid the city’s smut and glitter, the system appears in nonchalant free-fall and words drop cheaply as grimy metropolitan rain. With this dystopian backdrop, where language is spun, redacted and renditioned, McCabe and Reed’s gritty riposte performs an angry and elegant resistance.

The result of this psychogeographic collaboration between two of modern poetry’s most distinct voices is this - a poetry chain-letter that seeks to interrogate the city at one of the most peculiar and sinister points in contemporary history and to map the capital on foot, under their own light; poems as foundlings; the weight of language and place obsessively and voraciously explored. Beneath flagstones, in river silt and on the top decks of buses, the strange, dark energies of the city find their way into this electrifying exchange of poems.

"McCabe and Reed’s wide-eyed, X-rayed Cubist vision of London is more than  a cultural mapping. It is a significant addition to the poetry of London. Partly a response to Whitehall’s warring, it uncovers deeper historical and pyschogeographical interplay within the city. Horizontal and vertical layers of story are contextualized and abstracted to reveal multifarious states of being, control and flux. These anchored, edgy scripts of multiverse unearth deposits in angular localised texts that make you smile, laugh, wonder and leave you wanting more. A tour de force in every way." - David Caddy

The thirty-nine poems of anima bring a distinctive, archetypal potency to the closing stages of Mario Petrucci’s larger i tulips project, the 1111-strong sequence in which this sub-sequence crucially sits. His mastery of the shape and sound of each poem makes for an intense and all-consuming experience.

Find out more about anima 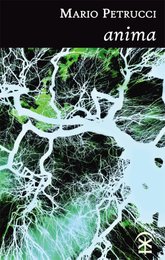 the Nine Arches Press blog features a showcase of poems from many of our poets, as well as interviews and articles.

Chris McCabe was born in Liverpool in 1977. His poetry collections are The Hutton Inquiry,  Zeppelins and THE RESTRUCTURE (all Salt Publishing). He has recorded a CD with The Poetry Archive and written a play Shad Thames, Broken Wharf, which was performed at the London Word Festival and subsequently published by Penned in the Margins in 2010. He works as Poetry Librarian at The Poetry Library, London, and teaches for The Poetry School.

Jeremy Reed, born on a chip of rock off the French Normandy coast has been for decades Britain’s most dynamic, adventurous, controversial and futures poet. Called by the Independent ‘British poetry’s glam, spangly, shape-shifting answer to David Bowie’, his poetry, fiction and performances of his work are singularly inimitable in their opposition to grey mainstream poetry. He has published over 40 books of poetry, fiction and non-fiction, winning prestigious literary prizes like the Somerset Maugham Award.