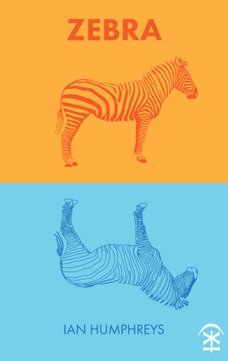 In Zebra, a boy steps tentatively from the shadows onto a strobe-lit dancefloor. Ian Humphreys’ much-anticipated debut shimmers with music, wit and humour while exploring mixed identities, otherness, and coming-of-age as a gay man in 1980s Manchester. These acutely-observed, joyful poems pay homage to those who took the first steps – minority writers, LGBT civil rights activists, 70s queer night-clubbers and the poet’s own mixed-race parents.

A heady cocktail of the playful, political and mythical, Humphreys’ Zebra is also a creature of opposites – light and dark, countryside and cityscape, highs and lows. The collection moves from semi-rural England to the metropolitan hubs of Hong Kong, London and New York, circling its subjects, often finding the uncanny in the familiar, always drawing the reader centre-stage.

"A powerful, moving, original body of work. The material in Zebra is often high-voltage and emotionally risky, but Ian Humphreys' confidence with form enables him to control it. These are poems which will find readers, hit nerves, matter to people... and what more can we want for our work?" - Jean Sprackland

"With its depictions of 1980s gay culture and multiracial heritage, Zebra is a love poem to identity – and the complicated, violent world in which it is shaped. Ian Humphreys celebrates and mourns that world in his fierce, delicate mastery of language: the collection rings with an extraordinary combination of pride and fury, love and grief. Glorious in every sense of the word, this is an important book, and I am very grateful for it." - Clare Shaw

"Ian has an enviable gift of finding final lines of poems, many of which are seared on the surface of my memory. With astonishing deftness, he is able to latch onto an image or scenario and orbit its circumference, re-examining, exploring and transforming what is there. Ian’s work is lit with humour and wit, music and rhyme, which he employs with a lightness of touch. He is a natural poet with a highly individualist style; relaxed long lines and an instinct for allowing a piece to breathe. Ian prefers the oblique glance but what is interesting to note is how often his poetry is steeped in a sense of the uncanny, where the reader is unsettled by the grip of childhood terrors. It’s as if there is something of the ‘aesthetics of the fearful’ working beneath the surface." - Mona Arshi 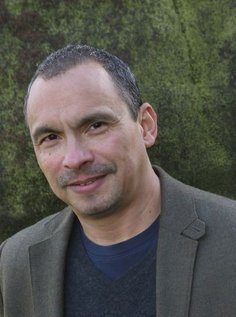 Ian Humphreys lives in West Yorkshire. He has been widely published in journals and anthologies, such as The Poetry Review, The Rialto, Ambit, Magma and The Forward Book of Poetry 2019. Awards include first prize in the Poetry Society’s Hamish Canham Prize. In 2018, he was highly commended in the Forward Prizes for Poetry. Ian is a fellow of The Complete Works, which promotes diversity, quality and innovation in British poetry. In 2017, a portfolio of his poems was published in Ten: Poets of the New Generation (Bloodaxe Books).

Longlisted for the 2016 Polari Prize, David Clarke’s first full collection, Arc, invites readers to follow its trail of fleet-footed poems - to be swept along from sonnets for Scott Walker to Orpheus as white van man, via ‘epic fails’ and sword-swallowing for beginners. It’s a memorable trip you’ll want to start afresh as soon as you finish reading.

Find out more about Arc